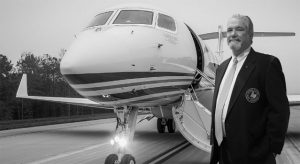 Jim Gardner has spent 45 years in the aviation business.  He started his aviation insurance career in 2003 after a distinguished 30 year military and commercial aviation career serving as pilot and aviation operational manger.  He is an accomplished Airline Transport Pilot who has logged over 14,000 hours in a variety of military, commercial, and general aviation aircraft. His pilot certificate includes both Single and Multi-engine Air Line Transport ratings as well as holding a Flight Engineer certificate.

Jim is an experienced aviation manager.  While flying worldwide airlift missions as a C141 aircraft commander he also served as both a training and safety officer.  As an Air Operations Officer he planned, coordinated and commanded large-scale airlift operations, creating full scale airport operations at isolated airfields around the world in support of United States military and political objectives.  These operations included aircraft and crew operations, aircraft maintenance, air and ground cargo operations, and passenger service.  Jim has retired as a Lt. Colonel in the Air Force Reserves as well as Captain at US Airways.

Jim’s aviation experience extends far beyond the airport environment.  As Director of Communications for the Air Line Pilots Association at US Airways he gained valuable experience in corporate communications and public relations, supervising the publication of a monthly magazine, producing informational videos, writing aviation related articles, and performing interviews with large market televisions news organizations.  He also served as a representative for the Eastern Air Lines Pilots and a member of the Air Line Pilots Association Board of Directors.

Board of Directors – Vice President

Board of Directors – Past Member

Board of Directors – Past President and Convention Chairman

Board of Directors –Chairman